The new Alpha emergency services hub in Central Queensland has been in planning for several years (news). The new facility has been heavily anticipated and will provide improved services and public health access. Alpha is a true Australian outback town, cattle, horsemen and iconic pubs. The town of around 500 is the centre of a region of hundreds of thousands of square kilometres. Contractors from far and wide are involved in the project worth $17.5million. The Emergency Services Hub will include; Hospital, Health, Ambulance, Fire and Police Facilities. The advanced Kubota Sewage Treatment Plant STP was chosen after Hutchinson’s Builders was awarded the contract in late 2015, the facility will be complete and operational in 2016. 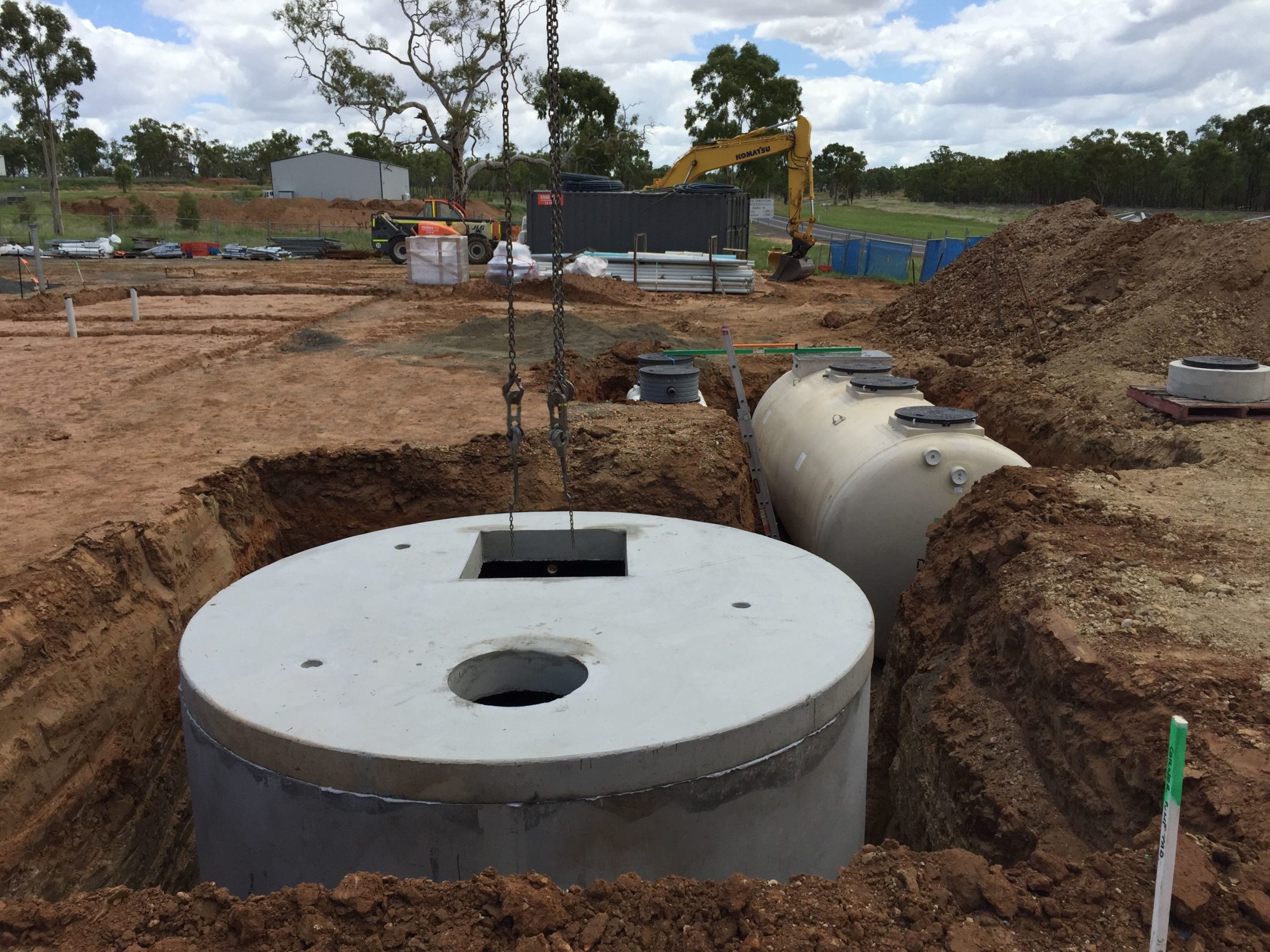 The first stage of the Kubota STP for the facility was completed last week. The Kubota sewage treatment plant was installed by True Waters Engineering & Works Department during one week of intense site works.

Minister Cameron Dick commented on the emergency service hub. “We’re tracking well at this stage. The advice I’ve received is that this is going according to plan,” he said. “Once the modules arrive in Alpha they will be installed on site, fitted out and we’re aiming to have the facility commissioned by the middle of the year. “This is the first co-located hospital and emergency services project in Queensland history and I’m so pleased that the hospital part of the project will start very soon and those 37 truckloads will start arriving on the eighth of February and all of the modules will be delivered by the 16th of February.” He said 130 workers from Toowoomba to Alpha were involved in building the combined emergency services facility.

The sewage solution for the facility will be provided by a state of the art Kubota Sewage Purification System. The biological processes within the Kubota Advanced STP ensure reliable and cost effective treatment and will provide the highest level of public health and safety for the hospital for many decades to come. True Water Australia secured the project as it was able to provide enhanced public health and environmental outcomes while reducing the capital and operational cost of the sewage system for the hospital. Stage 2 is scheduled for the second quarter of 2016. More to come.

Wastewater is generated in various areas of the home and disappears from mind once it goes down the sink or ...
END_OF_DOCUMENT_TOKEN_TO_BE_REPLACED
All work was coordinated extremely well! Very professional throughout the entire process, from quoting stage to installation. Would highly recommend.